#5 Oklahoma (3-1) at #7 North Carolina (5-0) – 1pm est – Live Scoring & Video – Oklahoma is coming off a 5-2 win at #63 Alabama on Friday while North Carolina last played a week ago when it shutout #12 Illinois 4-0. The Sooners really have missed the presence of its #2 Andrew Harris (14.76) who has been sidelined for a while with knee tendinitis and without him they’ve had to make adjustments to both the singles and doubles lineups. Axel Alvarez comes into this match having lost two straight and the team has dropped the doubles point in two straight matches. North Carolina has been battling some injuries as well though both Brayden Schnur (tendinitis) and Ronnie Schneider (ankle) have continued to play but their results have been just so-so (2-3).

North Carolina comes into this one as the clear favorite and I’d actually be pretty surprised if they lost. I like UNC in doubles and I see Ronnie Schneider, Brett Clark, and Robert Kelly winning in singles while OU’s Axel Alvarez returns to the win column and he’s joined by Alex Ghilea and Andre Biro. If OU can find a way to take the doubles point then this will be a war that comes down to the final court. Prediction: North Carolina 4-3

It’ll be interesting to see if TCU can have another strong day in doubles or whether Cal wins the point for the fourth time in a row. TCU got all it wanted yesterday and I think this will be a similar match with Cal just as strong in singles and probably a little stronger in some spots. I look for Cameron Norrie to rebound after a tough loss to Tom Fawcett while Alex Rybakov will take care of business at #2 against Florian Lakat. Both Guillermo Nunez and Billy Griffith won three-setters yesterday and I see them going three today but I like Nunez to get the win. I like Cal at the bottom of the lineup with Filip Bergevi on a roll having only dropped 10 games in his last 3 matches while Wikberg has been playing well too. The match at #6 is tough to call since I’m not sure if Trevor Johnson will actually play today but I’ll go with Nishimura over whoever he faces. The doubles point may be the difference but I think the battle test Horned Frogs pull through. Prediction: TCU 4-2

#19 Virginia Tech (3-1) at #8 Ohio State (7-0) – 12pm est – Live Scoring/Video – Ohio State is the only major D1 school that has yet to yield a point while Virginia Tech comes in looking to atone for its rough loss to Stanford during the Kick-Off Weekend. The Hokies did play on Friday beating Richmond and St. Bonaventure but the competition today will be a major step up. Ohio State last took the court a week ago when it blanked Texas 4-0.

Ohio State should take the doubles point to grab the early lead and then I look for Chris Diaz, Herkko Pollanen, and Ralf Steinbach to give Ohio State wins in singles. I imagine they’ll stop on the clinch but if not I’d like Joao Monteiro and Aaron Gomez at #1 and #6 for VT while I’d take Hugo DiFeo at #2 over Bjerrehus. If they play it out I’d say Ohio State 5-2 but on the clinch 4-0. Prediction: Ohio State 4-0

#13 South Florida (3-0) at #3 Texas A&M (7-0)  1pm est/12pm cst  Live Scoring/Video – South Florida is coming off a 7-0 rout at #23 Minnesota while Texas A&M held off #28 Florida State 4-3. It’ll be interesting to see if the wake up call by Florida State was enough to fire up the Aggies or whether it was a sign of things to come. South Florida has more than a punchers chance in singles with its best chances coming at 2, 3, and 4 and you can’t ever count out Roberto Cid at #1.

Texas A&M has yet to drop the doubles point and I think they’ll use the usually windy conditions to its advantage and take the early lead. I’ll take Rinderknech, Adams, Catanzariti, and Lunkin in singles for A&M while South Florida gets wins from Cotrone and Gozun. I like Texas A&M but if USF can take the doubles point and get a win from Roberto Cid I think that’d be enough to pull the upset. Prediction: Texas A&M 5-2


Others:
#17 Oklahoma State will face a stiff test in Fayetteville against #64 Arkansas but I think the Pokes will find a way to avoid to barely avoid the upset – Prediction: Oklahoma State 4-3

#18 Stanford will bounce back from its tough loss to TCU and find some redemption against #26 Texas. The Longhorns won’t lay down and will find wins from Harrison Scott and Julian Zlobinsky but Stanford still wins – Prediction: Stanford 4-2

@teeroyhowell: KENTUCKY 🎾 goes on the road and knocks off #1 UVA 4-3. UK had lost to UVA twice last year including 4-0 in the national championship. UK got the win today despite their #1 player Liam Draxl not being in the lineup. Taha Baadi clinches for @UKMensTennis in 3rd set breaker! https://t.co/2bu3zzB2Z1 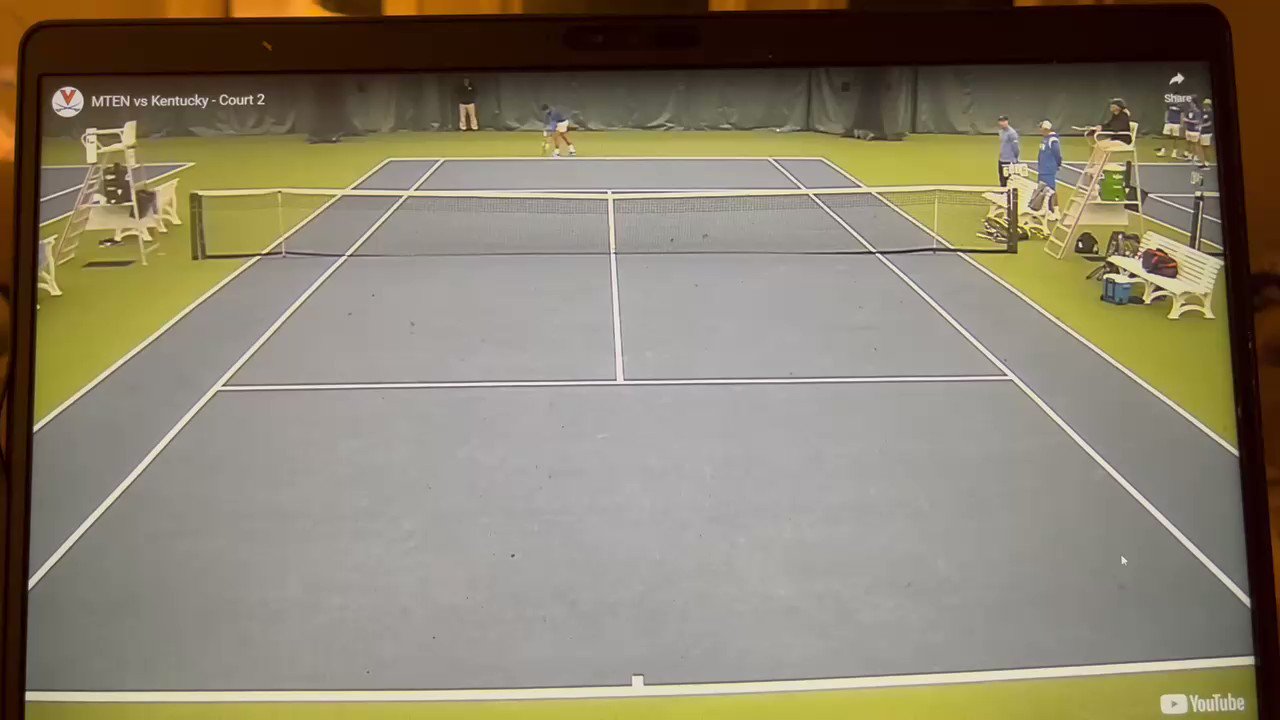 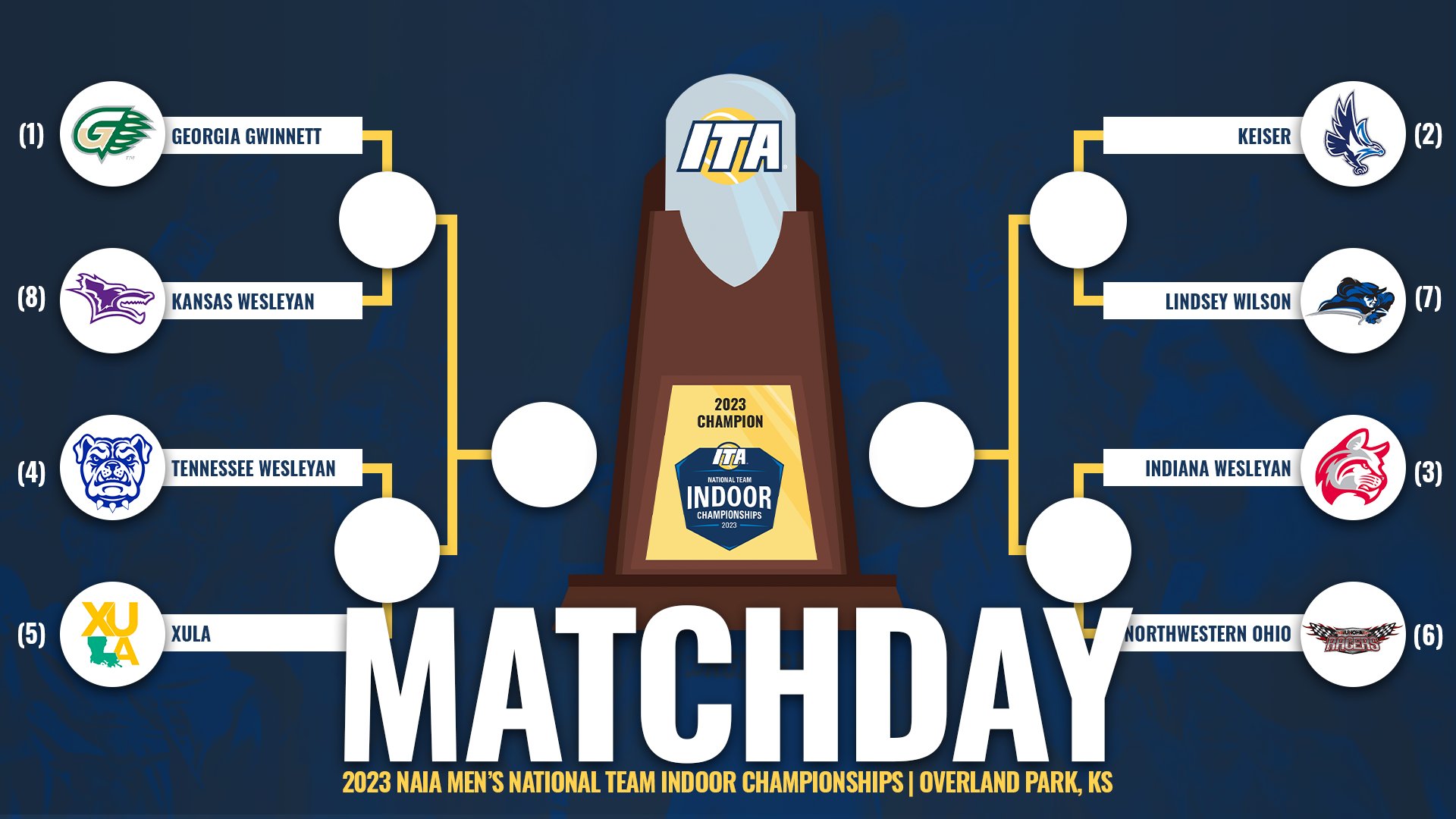