The 2017 NCAA women’s semifinalists are now set and it’ll be a pair of SEC superpowers, a newcomer from the Big Ten, and perennial powerhouse from the Pac-12. The day was supposed to begin at 10 a.m. ET but due to rain everyone was put in a holding pattern. After the skies opened up and it began to pour, the decision was made that North Carolina and Stanford would go indoors in Athens at 2 p.m while Ohio State and Texas Tech would be shipped to Atlanta with a 4 p.m. start (I went to Atlanta to follow the match). Both of the late matches were put on hold but due to the skies eventually clearing they would both be played outdoors starting just 30 minutes after the original 4 p.m. start time.

The longest match of the day took place between the No. 7 seed Stanford and the No. 2 seed North Carolina. A big reason for the length, 3 hours and 18 minutes, was because Georgia’s indoor facility only has four courts and the other reason was because four of the six singles matches went three sets.

Stanford got off to great start in doubles and rolled to 6-1 wins at both No. 1 and No. 2 while North Carolina had a 5-1 lead at No. 3 in a match that went unfinished.

Stanford would take first sets in three of the first four matches to go on court but North Carolina put up the next point after Hayley Carter picked up a lightning quick 6-1, 6-0 win at No. 1.

.@emilyarbuthnott jokes that her team-best 9 clinchers are a result of just finishing at the right time. Might feel different about No. 10. pic.twitter.com/IwPwRgk2w3

STANFORD HEAD COACH LELE FOROOD
On today’s match…“We struggled with finishing matches early but what we did well was surviving their comeback. Obviously getting our freshman on last is not preferred, but they had to nd their way and Emily Arbuthnott got it done. It’s always fun to advance to the semifnals and we like playing here in Athens so we’re excited to be here for the Final Four.”

EMILY ARBUTHNOTT
On clinching today’s match…“I think mentally I was really strong and I made a good start to the set. I was holding my serve and making a lot of first serves, which I hadn’t been doing the rest of the match. I just really felt comfortable. It was nice to play aggressively and overall be mentally tough so that I could get a lead and hopefully make her more tired.”

NORTH CAROLINA HEAD COACH BRIAN KALBAS
On today’s match…“It was an over four-hour match and we were fighting an uphill battle the whole time, but we competed really hard. I am proud of our team, especially the way we never gave up. We were down many points in several matches and we kept fighting. It was really a tribute to our team, the character we have and the mental toughness we continued to have the entire season. It was a tough one to lose. Hayley Carter has meant so much to our team and she played an amazing singles match, so it is unfortunate she cannot continue on. Our team battled, but Stanford deserves a lot of credit. Once we gained some momentum they were able to negate it. Overall I’m proud of our team.”

Vanderbilt advanced to the Final 4 for the third year in a row with a come from behind 4-2 win over No. 12 Pepperdine. Pepperdine jumped out to an early lead after taking the doubles point with a 6-2 win at No. 1 and a 6-3 at No. 3. The teams split first sets in singles with three of the matches finishing in straight sets.

Nashville native Sydney Campbell put Vanderbilt over the top as she pulled away from Ashley Lahey in the third set to clinch the match with a 4-6, 6-4, 6-0 win at No. 2.

VANDERBILT HEAD COACH GEOFF MACDONALD
On today’s match…“I thought Pepperdine played a fantastic doubles point. Pepperdine is really good at every position and I was just amazed at the poise and heart of my team to be able to come back. I have a lot of compassion right now for Pepperdine. Right now I want to enjoy this win for a couple of hours and then I know we have to get our bodies ready and get ready to compete as hard as we can against Florida.”

SYDNEY CAMPBELL
On clinching today’s match…“It feels good. It was a little nerve-racking, but I had a heads up when I looked at the scoreboard and knew it would come down to me to clinch the win.”

PEPPERDINE HEAD COACH PER NILSSON
On today’s match…“To play Vanderbilt who has a chance to win it all is great. I honestly thought we had it there so it was really fun and the girls played amazing. It stinks to lose the last one but I wish Vanderbilt all the best, they played amazingly, especially there at the end, and when it came down to pressure points they were just a little bit better than us.”

Ohio State advanced to the Final 4 for the first time in school history with a 4-0 win over the No. 6 seed Texas Tech. The Buckeyes got off to a good start at both No. 2 and No. 3 doubles with Sandy Niehaus and Anna Sanford breaking for 3-1 at No. 2 while Gabriella De Santis and Ferny Angeles Paz went up 4-0 at No. 3. Texas Tech’s Felicity Maltby and Gabriela Talaba broke for 2-3 at No. 2 and it would stay on serve until Niehaus and Sanford broke Maltby from 15/40 to win 6-4.

After De Santis and Angeles Paz went up 4-0, Texas Tech’s Alex Valenstein and Alba Cortina-Pou held for 1-4 and then broke on the no-ad point for 2-4. Ohio State broke back at love to go up 5-2 and then served it out to win 6-2.

In singles action, each team would take three first sets in singles but Ohio State took the upper hand in the second set on five of six courts. Ohio State’s Ferny Angeles Paz made it 2-0 Buckeyes with a 6-2, 6-2 win at No. 6 and then Miho Kowase added a 6-4, 6-1 win at No. 4 to make it 3-0. Less than 10 minutes later the match would be finished as Anna Sanford served it out from 40/15 to win 7-6, 6-4 at No. 2. Below are two shots of match point and down below the box score I have some highlights that I shot with most coming from courts 1 and 2.

Ohio State advances to the @NCAATennis semifinals for the first time in program history! #GoBucks pic.twitter.com/bKd28yczMd

OHIO STATE HEAD COACH MELISSA SCHAUB
On today’s match…“We came out strong in the doubles, it’s always a good thing to get that 1-0 lead going into singles. There were some really gritty performances, they are a very tough team to play against. We need to give a lot of credit to their program and what they’ve done.”

ANNA SANFORD
On clinching the match…“Lots of thoughts were going through my head but I was more just excited. We have worked so hard this year, just on and off the court everyday, just trying to do our best, and I just really wanted to do it for my teammates.”

TEXAS TECH HEAD COACH TODD PETTY
On today’s match…“We have a group over there that is extremely disappointed. First off, hats off to Ohio State. I thought they played a great match. They were a lot tougher than us down the stretch in some big moments. I thought we gave ourselves a shot but Ohio State is one heck of a team. They have done some amazing things this year and I bet they keep it going. They are a quality team that we played a great match against.”

Top ranked Florida is back in the semifinals for the 25th time in the last 31 years after knocking out last year’s runner-up Oklahoma State 4-1. The Gators took the doubles point with wins at No. 2 and No. 3 and then they added four first sets in singles.

The #Gators are headed to the Final Four! @Mitchgerber8 goes 1-on-1 with @RolandTFlorida to discuss Sunday’s outcome and more. pic.twitter.com/jemLIlkRk5

FLORIDA HEAD COACH ROLAND THORNQVIST
On today’s match…“We played really well, this is a fantastic Oklahoma State team and I have the utmost respect for that program and what Chris Young has done with them. Their players are disciplined and challenging, and they know how to play and compete well. They really brought the best out of us today as we played really, really well.”

ANNA DANILINA
On today’s match…“The NCAA tournament is always different, every single time we play them they are fighting and they are a really, really good team. I think we just handled the tough ones in the end of sets better.”

OKLAHOMA STATE HEAD COACH CHRIS YOUNG
On today’s match…“For us overall, it was a good season. To get back here again and to advance one round was great. I have to give Florida a lot of credit, they played excellent tennis today. It’s disappointing that we weren’t able to give our best match because we would have liked to go out with us playing a little bit better tennis, but a lot of that is credit to Florida. They are an exceptional team and it wouldn’t surprise me at all if they went on to win it all. You always enjoy competing against the best. Our girls gave it all they had this entire season and competed like champions. Today, even not playing well, I still thought we competed hard and dug deep. I am really proud of those girls and proud of our seniors who have really put us on a different level as a program while they’ve been here.”

The semifinals are tentatively scheduled for 2 p.m. ET on Monday but rain is in the forecast so we’ll have to see how it goes. 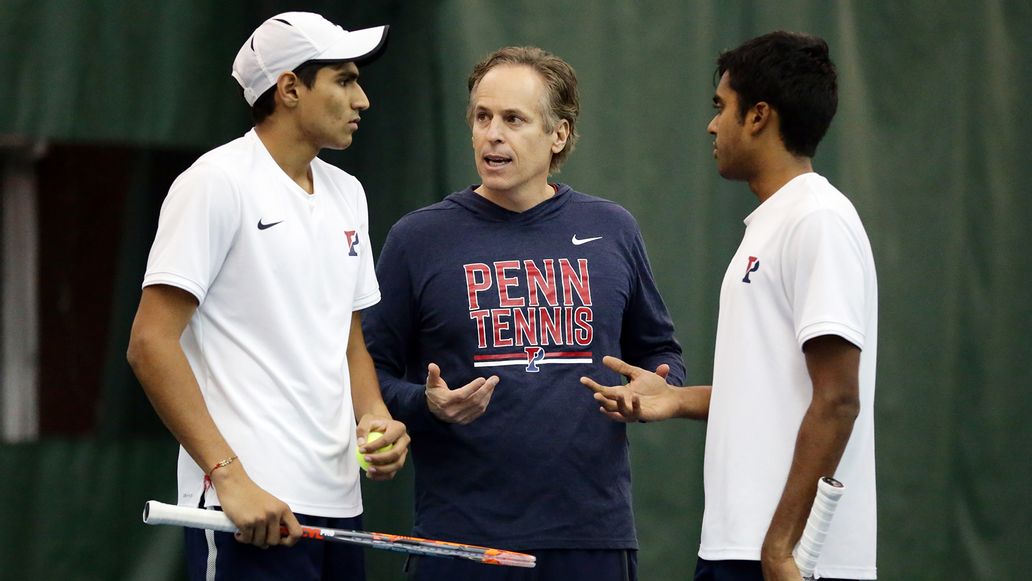 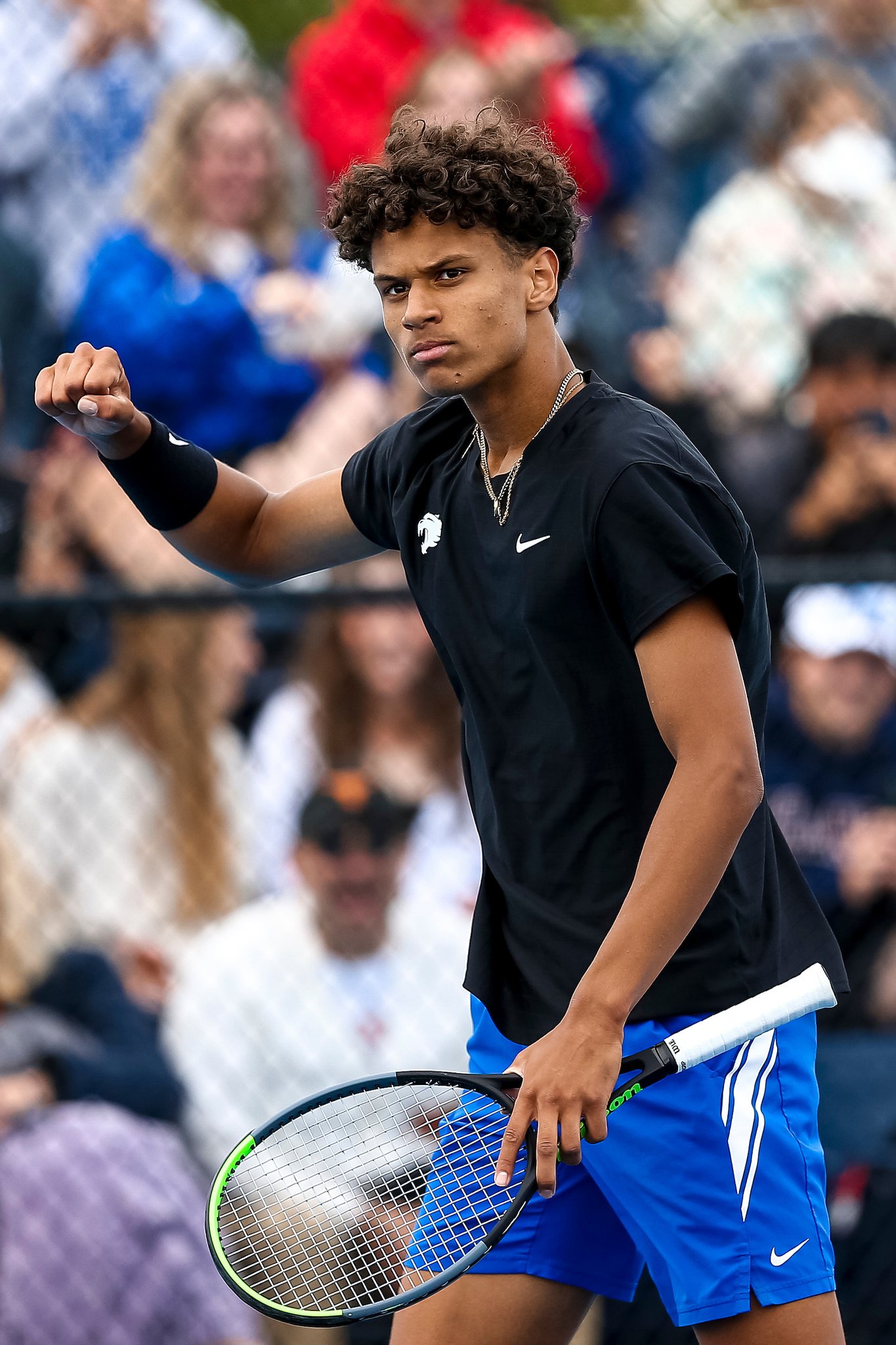 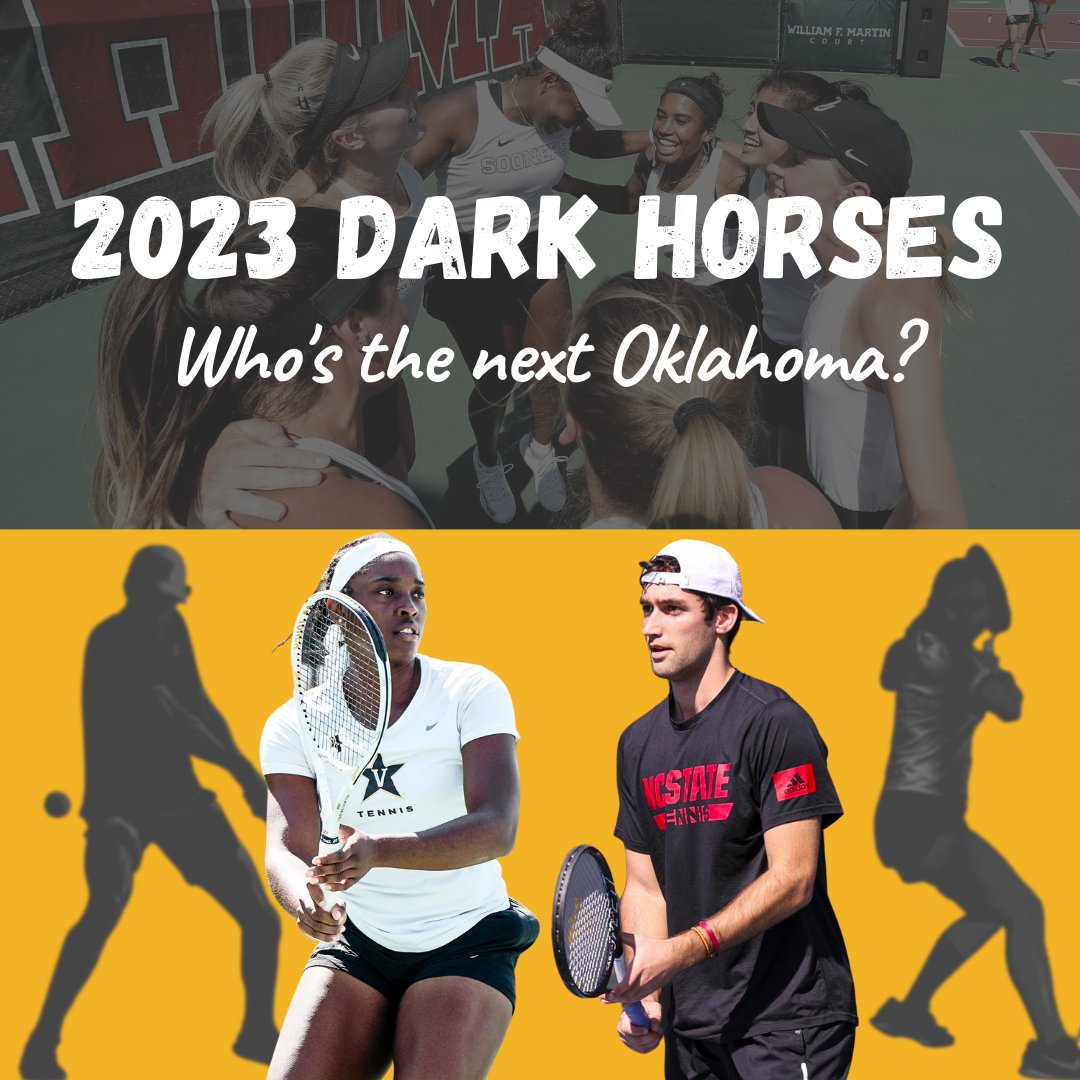