A trio of top 15 matches highlighted the mid-week slate with the TCU men, Pepperdine women, and Duke women all coming through with wins.

THE BALL IS OUT!

Alex Rybakov delivers in his final match on the purple courts as the senior clinches the 4-3 victory over No. 8 Texas A&M with a 7-6, 6-7, 6-3 win on C1!#GoFrogs pic.twitter.com/spScCAEy6m

It’s a long one but stick with @RoditiTCUTennis because he has a lot to say about the final one on the purple courts#GoFrogs pic.twitter.com/aIaPVBRQJB

TCU head coach David Roditi
“Today was a total team effort and what a match. It is always like this against Texas A&M and somehow we have been able to come through with the win. They are a very good team and a Final Four squad from last season. I am proud of our guys for dealing with the pressure that competition brings. Rybakov was outstanding closing out the match and our crowd was awesome and supportive.

“A huge thank you to our fans that made the TCU Tailgate happen for the last five matches. Thank you to our staff for putting in all the work behind it, our keep it in the purple committee for always welcoming all fans with a smile and our administration for trusting us and allowing us to create such a unique and awesome experience for our student athletes, TCU fans and our Fort Worth community.”

“As usual, we had a very tough match against TCU,” Texas A&M head coach Steve Denton said. “I thought our energy was not up to our standard in the doubles and as it turned out, that was the difference tonight’s match. We have to learn to play better when we get ahead, we didn’t press our advantage on a couple of courts when we needed to. I know the guys are disappointed at the moment and admittedly this one stings, but I loved our fight tonight and we will get better having been through a match like this. This was a very good college tennis match and one that will help us get better as we get into postseason play.”

Last week Pepperdine picked up a mid-week road win over No. 10 UCLA and this week they did it against No. 13 USC. The Waves won the doubles point with wins at No. 2 and No. 3 and then they added dominating wins in singles from Ashley Lahey, Jessica Failla, and Adrijana Lekaj at the top three spots while Daria Kuczer was a game away from winning at No. 5. USC got its lone point from Ana Neffa who rolled to a straight set win at No. 4.

Duke won a top 10 ACC showdown over No. 9 NC State 5-2. The Blue Devils took the doubles point with wins at No. 2 and No. 3 and then added a trio of straight set wins from Maria Mateas, Kaitlyn McCarthy, and Margaryta Bilokin to clinch at 4-0. Ellyse Hamlin won in three sets at No. 3 to make it 5-0 before NC State closed out the day with three set wins from Alana Smith and Amanda Rebol at No. 2 and No. 6.

Today was a good win, head coach Jamie Ashworth said. NC State is one of the better teams in the country that weve played. I thought the doubles was a little flat. I would like to see us come out with more emotion. I told them after doubles that we had to do a better job at getting on top of them right away in singles. I thought we were able to do that. I think if we can transfer the attitude we had in the doubles to singles, we could be really good. Overall, this was a good quality win.

There are new No. 1s on both the men’s and women’s side with Texas taking over the top spot in the men’s rankings for the first time in program history while the North Carolina women are back up top ending Georgia’s two week reign. There wasn’t much movement in the USTA Top 25 with Ohio State and Georgia remaining at No. 1 with no changes in the women’s top 11 and none in the men’s top 6.

I have the side-by-side charts of the ITA and USTA rankings below plus you can view the ITA team rankings from 26 to 50 at this link while the USTA’s release is available here.

This is the final weekend of the regular season in the ACC, SEC, Big 12, and AAC (and several others) and many of the conferences have saved some of their best matches for this weekend. I’ve listed some of the top matches below along with live scoring links – for a list of other matches check out my live scoring page.

*This will most likely be my last update until sometime next week due to a death in my family. 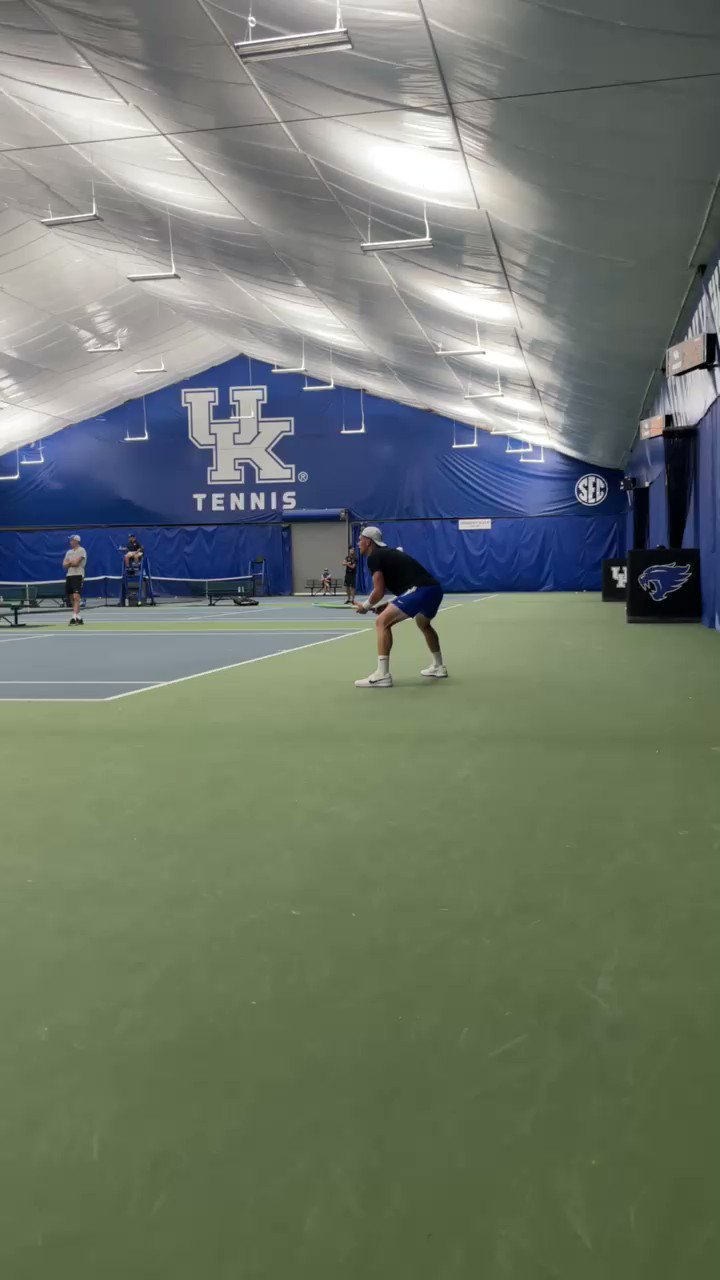