USC may have been the top ranked team in the country headed into the 2020 ITA Men’s National Team Indoor Championships in Madison, Wisconsin, but most thought the winner would come from the top half of a draw which was loaded full of stalwarts such as Ohio State, North Carolina, and Texas. However when the ice had thawed in chilly Madison it was the No. 2 seeded Trojans that were hoisting the hardware after claiming their first indoor title since 2012, fourth overall, with an authoritative 4-1 win over the No. 4 seed North Carolina.

Just one day earlier USC was on the ropes and getting a standing ten count after dropping the doubles point and five first sets against Michigan but a trio of three sets wins set the stage for Monday’s final against a Tar Heel team that had blown past both Ohio State and Florida.

The all-important doubles point would be decided by a tiebreak at No. 1 between a pair of teams that entered the match undefeated during the four-day tournament. The reason it came down to No. 1 is because UNC’s Rinky Hijikata and Ben Sigouin finished the weekend 3-0 at No. 3 doubles after a 6-2 win while USC’s Mor Bulis and Brandon Holt won 6-2 at No. 2. The Bulis/Holt duo knocking off the ITA’s No. 3 ranked doubles team of Mac Kiger and Simon Soendergaard was somewhat surprising because neither Holt or Bulis had won a doubles match all weekend with Holt not playing doubles the previous two matches due to illness.

The match at No. 1 doubles between USC’s Daniel Cukierman/Riley Smith and UNC’s Will Blumberg/Brian Cernoch saw no breaks of serve and in fact only saw 1 of the 12 service games reach the deciding point. The one instance where there was a break opportunity came when Cernoch held while serving at 3-4.

In the tiebreak, Blumberg and Cernoch won the first three points and would eventually lead 5-2. Riley Smith won both points on his serve to trim the deficit to 4-5 and then Smith and Cukierman won the next two points on Blumberg’s serve despite the fact that Blumberg and Cernoch had won 14 of the 17 points on Blumberg’s serve up until that point. USC would make it five straight points after Riley Smith hit a volley winner and just like that USC had the doubles point and the 1-0 lead.

After being down a mini-break in the tiebreaker, @USCMensTennis finds a way to pull out the set and clinch the doubles point on Court #1.

North Carolina stuck with the same singles lineup that it had used in the previous two matches while USC made a change at the bottom and removed freshman Ryder Jackson, who had gone 2-1 and won a huge match the previous day over Michigan, with sophomore Bradley Frye.

The scoreboard wouldn’t show a 1-0 score for long because 30 minutes later USC senior Brandon Holt would retire after dropping a 6-0 set to fellow senior Will Blumberg at No. 1. Holt, as I mentioned above, had been battling an illness all weekend but after only winning 10 of 34 points he decided enough was enough. When Holt retired USC was about to go up sets on No. 2 and No. 5 while UNC had a set in the bank on No. 6.

Both of the first sets on the other courts were still in play but USC would take them both. USC senior Riley Smith came back from 3-5 down to claim a 7-6(2) set against freshman Rinky Hijikata at No. 3 while sophomore Mor Bulis took a 6-3 set over senior Josh Peck at No. 4. Peck had the early lead after breaking for 2-1 but Bulis broke back on the deciding point and then held on the deciding point for 3-2. After a Peck hold for 3-3, the Tar Heel senior had 4 break points at 0/40 but Bulis fought back to hold for 4-3. This come from behind hold by Bulis ended up being the turning point in the match because from that point forward it was all Bulis.

USC junior Daniel Cukierman put the Trojans back in front with a dominating performance at No. 2 against UNC junior Ben Sigouin. Cukierman, who went a perfect 8-0 during the tournament, didn’t face a break point all match and cruised to a 6-2, 6-1 win in just 52 minutes.

USC freshman Stefan Dostanic made it 3-1 Trojans after handing UNC sophomore Brian Cernoch his first loss of the weekend with a 6-1, 6-4 win at No. 5. Dostanic won the opening set in just 23 minutes, which included going 3 for 3 on deciding points, and then he earned the only break of the second set when he broke Cernoch’s 2-2 service game from 15/40. Dostanic had a pair of match points when Cernoch served at 3-5 (30/40) but Cernoch managed to fight them both off to hold for 4-5. It looked like Cernoch was going to extend the match after going up 15/40 however Dostanic took the next three points to close it out. Dostanic finished the tournament with a 3-0 record in singles and in the one match that went unfinished he led 4-1 in the third set while playing up a spot at No. 4 against Stanford.

UNC’s chances of a comeback were on life support after Cernoch’s loss because one court away Mor Bulis’s lead had grown to 6-3, 5-0.

Bulis had a chance to serve it out however his nerves kicked in a tad and he double faulted twice and Peck broke from 15/40. Peck jumped out to a 40/0 lead on his next service game but Bulis roared back with the next four points with Peck double faulting on match point to seal the championship for USC.

The other two matches went unfinished with Riley Smith up a set and on serve at No. 3 while UNC senior Simon Soendergaard was up 1-0 in the third at No. 6 with three break chances to make it 2-0.

The ITA will announce its NTI All-Tournament Team in the coming days but based off what we saw over the weekend I’d expect the team to look like this:

No. 2 doubles and No. 3 singles were the two spots that were the toughest.

For No. 2 doubles a case could be made for Michigan’s Connor Johnson/Ondrej Styler with the duo going 2-1 including a win at No. 1 doubles over Texas’s Sigsgaard/Huang or TCU’s Tadeas Paroulek/Sander Jong who went 2-0 though 2 of their 3 matches were played in the consolation draw. I think Bullard/Spizzirri’s two doubles point clinching tiebreak wins over Michigan and Stanford will be enough to take the top honors.

For No. 3 singles a case could be made for UNC’s Rinky Hijikata who went 2-0 however I ultimately thought USC’s Smith would get the nod since he was leading Hijikata in the final.

Who are you taking today? Let us know your picks!

I also wanted to give a huge congratulations to Alex Gruskin and Chris Halioris for the outstanding job they did on the Cracked Racquets broadcast throughout the tournament. It was a pleasure to be able to listen to them describe all the action throughout the tournament and you know by Sunday those guys had to be worn out after putting in back-to-back 15 hour days.

Alex, Chris, and the rest of the CR team brought their “A” game every day and brought all of us some great content which aside from the commentary included multiple interviews with coaches, daily recaps of all the matches, along with previews of the coming day’s matches – A+ performance!!

If you want to show your gratitude sign up to be a Cracked Racquets Patreon which lets you listen to their podcasts before anyone else along with giving you access to plenty of other content.

Also if you’d like to rewatch some of the matches over the weekend head to the ITA’s event page to see what they have On-Demand. 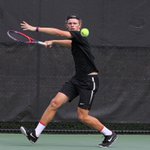 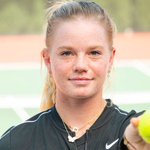 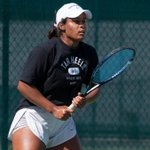 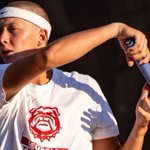