We knew it was coming and now it is official – beginning in 2019 the NCAA Division I Men’s and Women’s Tennis Championships will utilize a super regional round which will take place the week after the completion of the first and second rounds. The 16 teams that advance out of the opening rounds will play the following weekend in two-team super regionals on the campus of the higher seeded team. The eight super regional winners will advance to the finals site with the quarterfinals beginning the following Thursday or Friday. The biggest benefit of going to this format will be that the NCAA semifinals and finals will take place on a Saturday and Sunday instead of a Monday and Tuesday which means more people will be able to watch. The student-athletes will benefit because they’ll get to play in front of a large crowd on campus in the Round of 16 instead of playing in front of 75 people at the final site. The release from the NCAA also mentions some of other benefits that will come with the change.

In addition to approving the super regional format, the NCAA D1 Competition Oversight Committee also approved another change that will go into effect in 2018. According to the release unseeded teams (17-64) will be slotted geographically instead of in pods – still not 100% sure what that means but I’m waiting to hear back from someone for some clarification.

Thursday was a pretty light day for dual-match action with no big upsets though there was a moderate surprise in Boca Raton as Ricardo Gonzalez’s Florida Atlantic Owls shut out the three-time defending Big East Champion St. John’s Red Storm 4-0. FAU won the doubles point with lopsided wins at No. 2 and No. 3 and then it managed to get singles wins from Remi Chancerel, Arthur Stefani, and Ignacio Jimenez with Chancerel clinching at No. 2. Five of six singles matches went to a third set so it was definitely closer than the final score indicated.

Cornell opened up its season with a 6-1 win over Buffalo and a 7-0 win over Binghamton. The Big Red dropped the doubles point in the early match against Buffalo but then rallied to win all six singles matches after taking 12 of 13 sets. In the late afternoon match against Binghamton, Cornell won the doubles point and then took 12 of 14 sets in singles in route to a 7-0 win. Cornell started three newcomers in the singles lineup with freshmen Lev Kazakov and Pietro Rimondini starting at No. 1 and No. 5 while Columbia transfer Daniel Grunberger started at No. 4.

Tulsa swept a Thursday doubleheader against Illinois State and Arkansas Pine Bluff with its No. 1 Or Ram-Harel sitting out singles in both matches. Illinois State managed to force three third sets however Tulsa closed out the other three courts in straight sets to win 4-0. Tulsa didn’t have any issues in the nightcap against APB with the Golden Hurricane winning every completed set in singles in a 4-0 win.

The 18th ranked USC’s women’s team made the drive up the coast to Santa Barbara and pulled out a 5-2 win. After taking the doubles point with 6-3 wins at No. 2 and No. 3, SC picked up singles wins from Gabby Smith, Madison Westby, Angela Kulikov, and Sydney Van Alphen.

Recent Case Western Reserve graduate C.J. Krimbill picked up his NCAA Today’s Top 10 Award on Wednesday night at the NCAA Convention in Nashville. Krimbill was the first men’s tennis player ever to be selected for the award which recognizes student-athlete success in the playing field, classroom, and the community. CWRU’s release has a video from the event along with more of Krimbill’s accomplishments.

AMAZING AWARD for @PrestigeofSiege CJ! This is a once in a century type of thing!! pic.twitter.com/olzZhw34Em 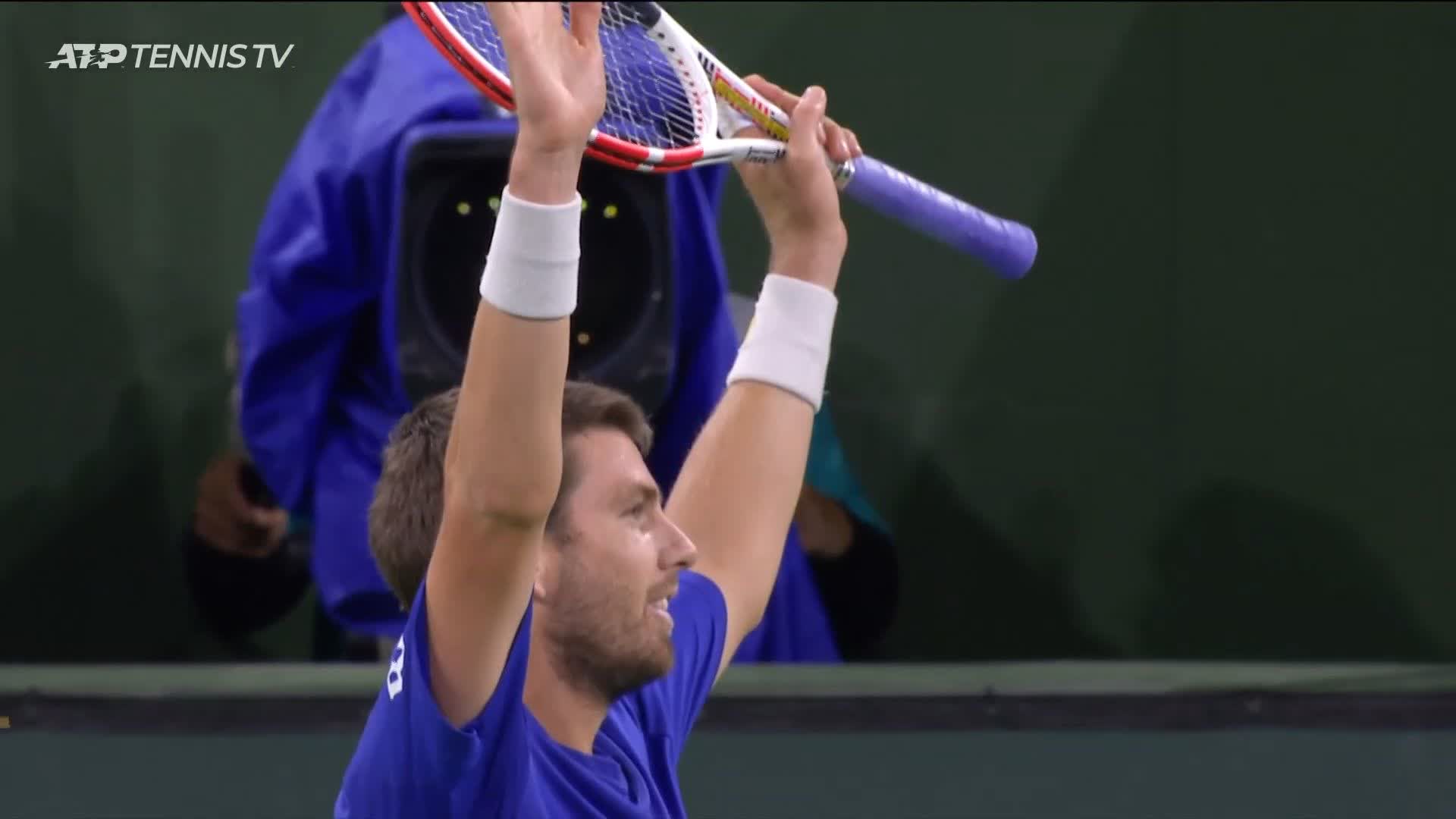 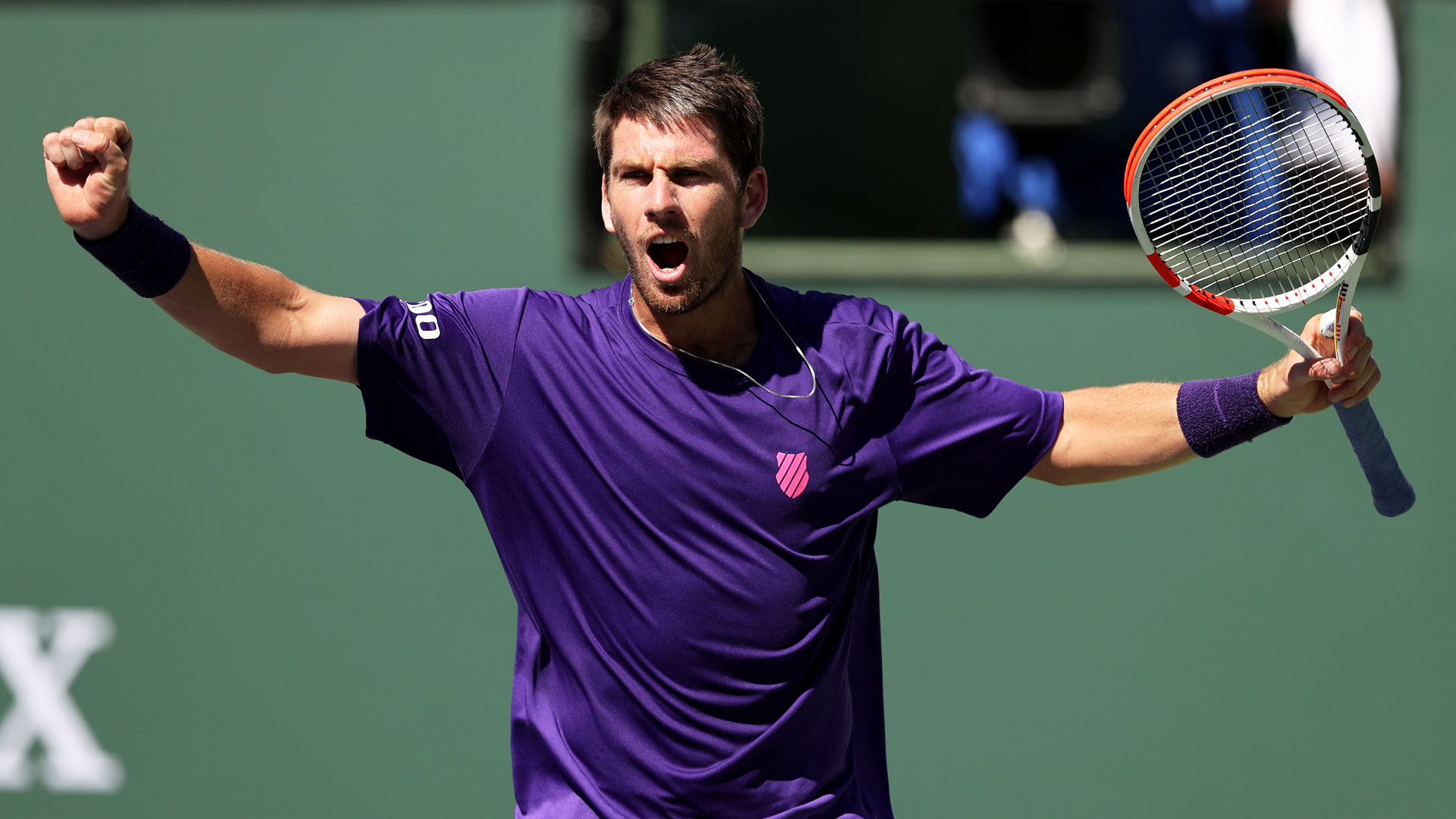